Remembering the Man- M. A. Samad 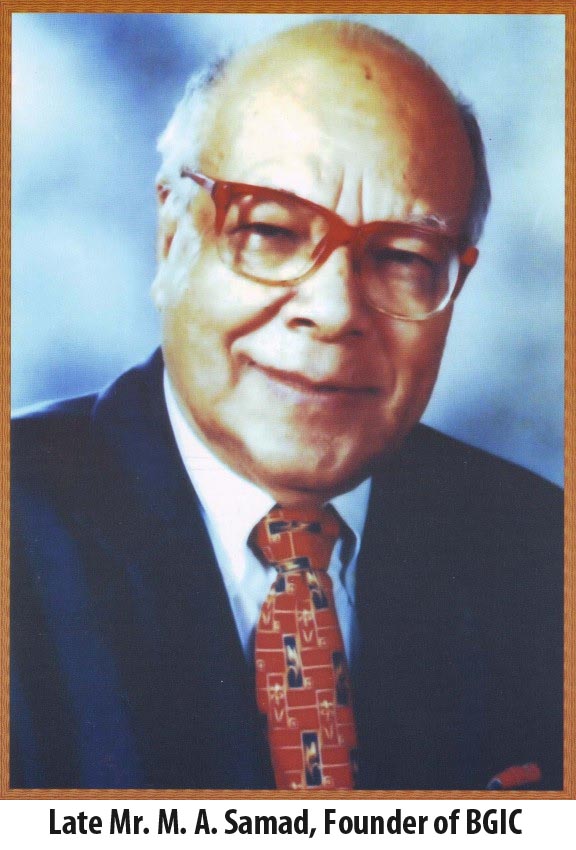 After graduating with distinction from the renowned Presidency College, Kolkata, Mr. M. A. Samad started his carrier as a Bangla news editor and broadcaster at All India Radio Delhi with the Author & Scholar Nirad, K. howdhury as his teacher and guide. Ater partition of India, he moved to Dhaka and joined Hadio Pakistan at Nazimuddin Road Old Dhaka as the Bangla News Editor, However on the continuous pressure of the top management to "urduize Bangla words, at some point Mr. Samad informed students at the Salimullah Muslim Hal about his willfully edited news with urduized Bangla that would be broadcast by Mr. Fateh Lohani in the evening9 Needless to mention a huge agitation by the hall students followed the news and the order to urduize Bangla was withdrawn. This agitation was a precursor to the 21st February language movement. Mr, Samad was however constrained to resian from Radio Pakistan. AS a follow up, around miad 1949 Mr. Samad along with his wife Fawzia Begam publishing tne tirst Bangla magazine of the time tor children titled "MlINAR. The magazine was a huge success with articles and stories contributed by many eminent and many to achieve great imminence in time, Among the contributors, Dr. Muhammad Shahidullah, Dr., Muhammad Kudrat-A-Khuda, Sree Annada Shankar Ray.

Khatun, Dilara Hashem, Salma Chowdhury, Muhammad Abdul Haque, Lt. Col. Dr. A. Rahman and Mufazzal Hossain are all pillars of wisdom and knowledge. The legacy such scholars have let behind in their writings for children are a treasure for every generation to read and enjoy... a treasure that has enriched our language and still lives on in the pages of MINAR.

But destiny had written insurance to be his carrier. Guided by his elder brother M. M. Samad, a long eventful insurance carrier began from 1951 with Prudential Assurance Company followed by Central, Great Eastern and Federal Life till before the birth of Bangladesh. During the lilberation war for independence Mr. Samad's house in Road 4 Dhanmandi was the recipient and store place of the first consignment of arms brought in mid April 1971 and was the meeting place and sanctuary for many freedom fighters.

After Independence in 1971, Mr. Samad was deeply involved in the re-construction of the nationalized life insurance industry. He held office as Chairman of Surma Life Insurance corporation, Founder Director of Bangladesh Insurance Academy and then as Managing Director of Jiban Bima Corporation from which he retired in 1984.

Side by side as an insurance salesman Mr. Samad was also an insurance scholar. He has written four books on Life and Non-Life insurance which have been recognized as valuable text books in the insurance world. His book of short stories titted "Shonibarayar Chooti" had gained a huge readership. Life Insurance Marketing and Research Association (LIMRA) U.S.A. on one of his books wrote, "We at LIMRA are a bit in awe that one man could take on the monumental task of compiling such a thorough text encompassing the entire field of life insurance selling. In the face of the dedication and knowledge that you display in the text, we feel to be out of our area of expertise in attempting to edit the manuscript."

Mr. M. A. Samad is no more but he lives in the heart of all insurance professionals. For his dedicated service to the insurance industry he was bestowed posthumously the life time achievement award by the English Daily- The Daily Star. His vision and mission can briefly be summarized in his own words as follows..

"Besides its (insurance) traditional role of providing the much needed financial security of life and property against future hazards, insurance particularly life insurance, is by far the most effective means of mobilizing the scattered and small savings for eventual channelizing of the same into our national development efforts"